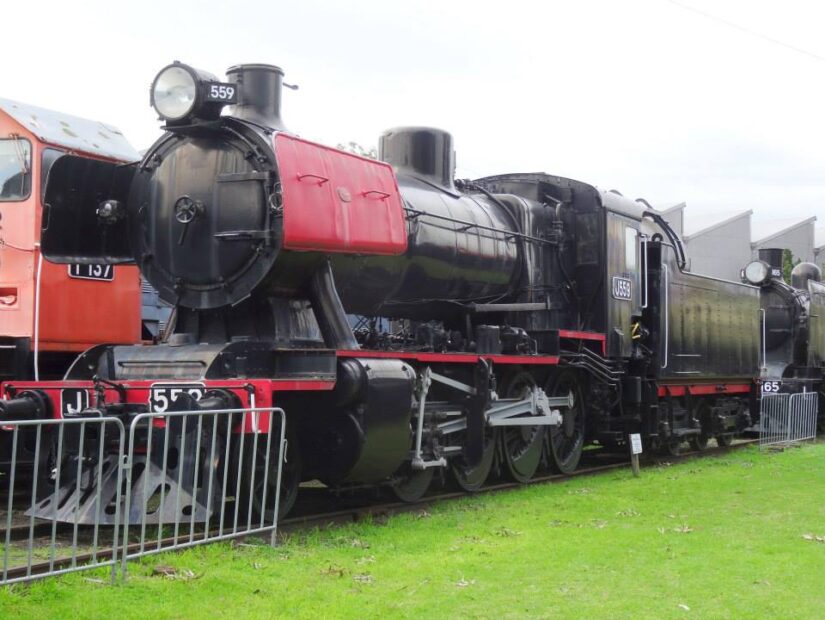 The last class of steam locomotive ordered by the Victorian Railways, constructed by Vulcan Foundry, Newton-Le-Willows. They were constructed between 1953 and 1954, by which point the B class diesels had also been delivered and were proving their worth. As a result the J class only had 16 years of service before the last was withdrawn from shunting at Bendigo in 1972.

These were basically an updated K class, designed with more accessible motion gear, and the capability for gauge conversion.
J559 was the last steam locomotive ever delivered to the Victorian Railways.