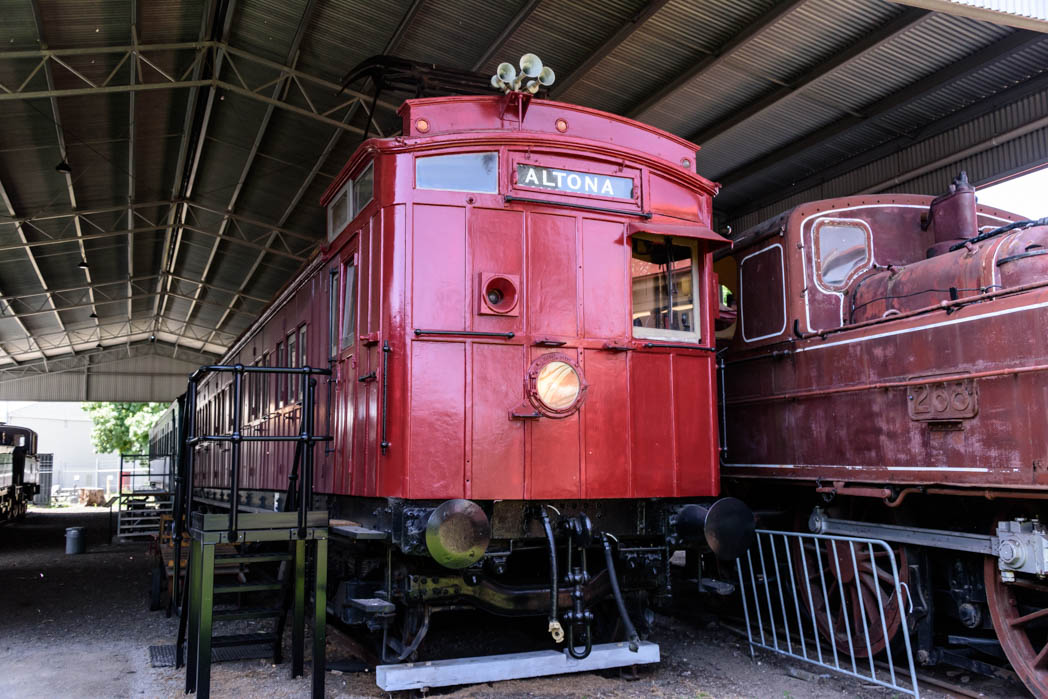 8M is a rare example of an a Swing Door-type Melbourne suburban electric carriage.

When Melbourne's suburban rail network was electrified in the late 1910s and early-to-mid 1920s, the newly-introduced electric trains proved to be a significant improvement over the previous steam locomotive-hauled suburban services. As well as the absence of smoke and cinders, the electric trains accelerated much faster than steam locomotive-hauled trains. Given the many station stops required on a suburban service, this fast acceleration provided the opportunity for major reductions in journey times.  However, in order to introduce a timetable that delivered these faster services, Victorian Railways needed to rapidly assemble a large fleet of electric suburban carriages to enable the slower steam trains to be phased out.

To this end, large numbers of existing steam-hauled carriages, many of which were already decades old, were converted into self-propelled electric "motor" carriages, and 8M is an example of one of these carriages.

Originally constructed in May 1888 as 9 ADAD, a First Class suburban passenger carriage, it modified in 1909 to add an extra 12 feet (3.6m) of length. It was modified again in 1923 to fit the General Electric motors and control equipment. Its guards compartment was fitted with a driver's cab, a pantograph was fitted to its roof to collect 1500VDC power from the overhead line, and it was equipped with a new, stronger frame and bogies fitted with electric traction motors, and it was recoded as 8AM, the A and M coding indicating that it was a First Class motor carriage. When separate First and Second Class travel was abolished in 1958, the A was dropped from its code.

Following the introduction of successive orders of new blue and yellow "Harris" suburban carriages in the 1950s and 1960s, 8M was retired from service in June 1967, having been in service for nearly 80 years! 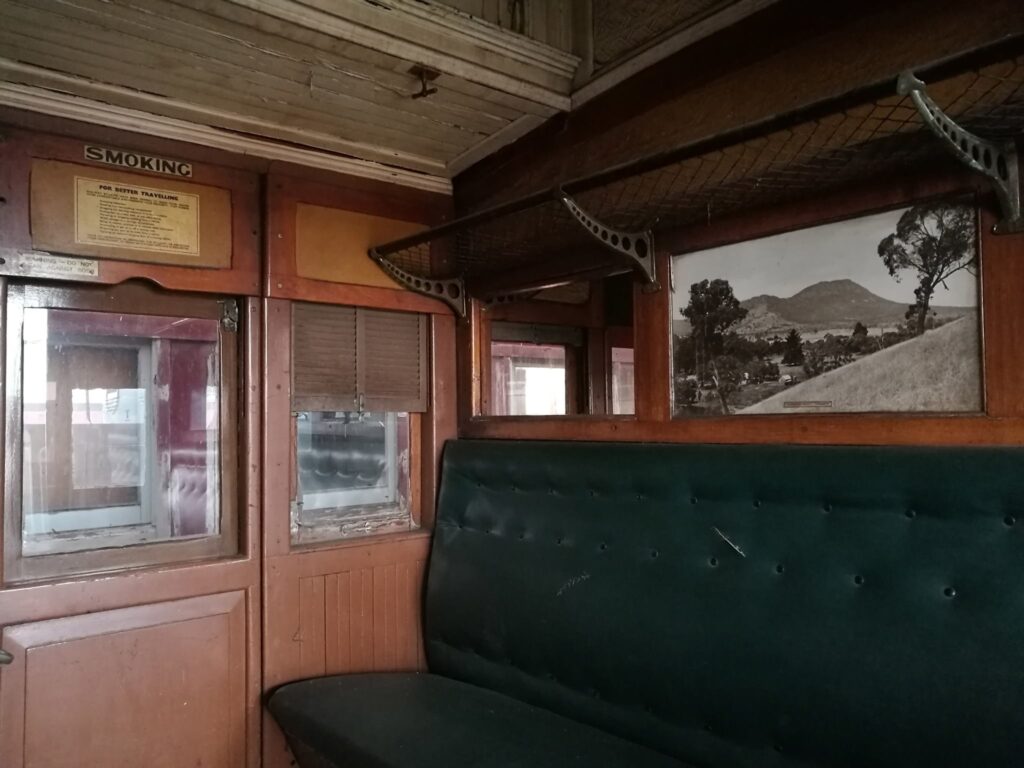 Above: the unrestored interior of one of 8M's compartments. Note window shades, luggage racks, and photography of Victorian countryside, which was intended to stimulate interest in tourism within the state.