One of 6 locomotives ordered by State Electricity Commission of Victoria with the Victorian Railways F class order.
Built by English Electric Dick Kerr Works, Stafford England.
SEC2 entered service in January 1952 owned by SEC, but believed to be leased to Victorian Railways until 1971. SEC 2 worked at the Newport Powerhouse shunting the wagons of briquettes coming in from Morwell. Upon transfer to Victorian Railways it was renumbered F216. 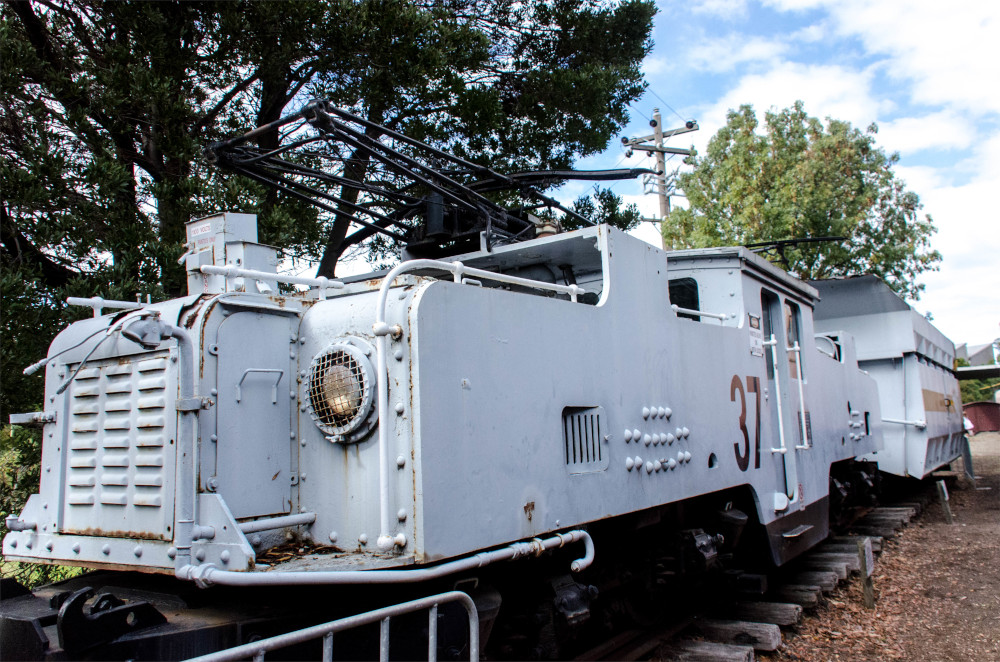 A unique survivor from the once expansive Yallourn Open Cut Mine railway.

This locomotive was constructed for use on the 90cm gauge rail network surrounding the Yallourn brown coal mine, taking mined coal and soil from the pit to the storage bunkers.