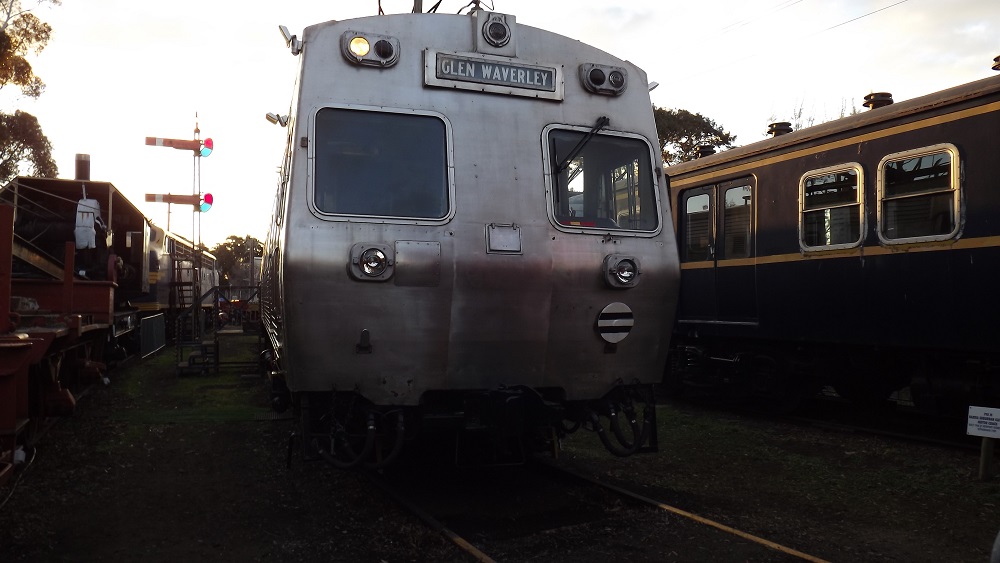 "Hitachi" type carriage constructed by Martin and King of Bayswater, with electrical equipment supplied by Hitachi Japan and fitted at Newport.
187M was delivered to Victorian Railways in May 1979 and withdrawn in 2004.
This was the last type of suburban carriage to feature opening windows, and the last without air conditioning.