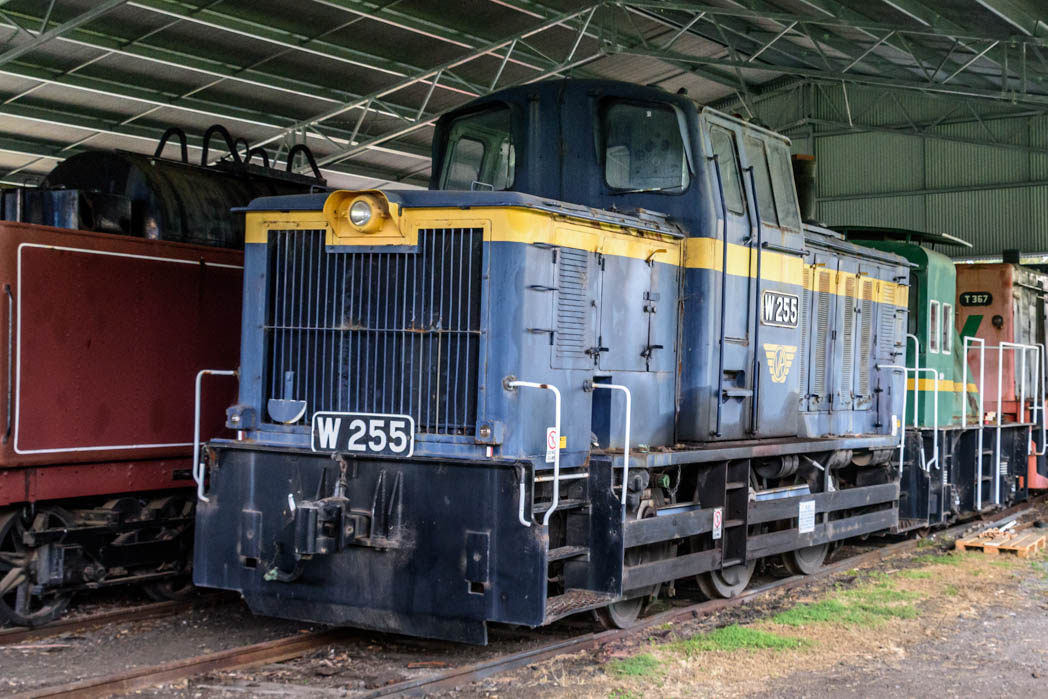 Constructed by Tulloch, Rhodes NSW and entered service August 1960.
Designed as a shunting engine for the many Victorian Railways yards, but also saw service on Werribee passenger services (briefly) and branchline freight.
The class as a whole were plagued with engine and transmission problems that led to them being very unpopular with crews and fitters.
The original Mercedes engines were replaced with GM versions, but many of the issues persisted. Exhibit W243 shows the original engine.